Giridih is a popular tourist place and administrative headquarters of Giridih District. The city is home to one of the most famous Jain Shrines in the World, Parasnath Temple. The alluring natural beauty of the region has attracted people over the years. The city with its vibrant culture is of high religious importance in Jharkhand. The city is situated on Jharkhand State bordering the Bihar. Giridih falls under the Chota Nagpur Plateau of India. Apart from its natural beauty the city is also rich in mineral resources. The region was once inaccessible due to high hills and surrounding forest lands which are now things of the past. Recent urban development of the Giridih has improved made the city accessible from some major cities in the state including Dhanbad, Bokaro Steel City and Hazaribagh. It is also accessible via railways and airways.

Giridih is an emerging city in the Jharkhand State. It is yet to get it’s own airport in the city. However, there are two major Airports near to the city which are easily accessible and well connected. The Birsa Munda Airport of Ranchi and Gaya Airport are only 119 Km, and 154 Km only respectively. Both the Airports are easily connected by road and railway links. One can get a hired car to reach to the city. Major airlines operates from these two airports connecting Giridih though directly with major parts of the country.

Giridih has become a popular tourist destination in recent years. After the formation of Jharkhand State, the city has gained significant importance as an emerging business, economic and commercial hub of the State. Indian Railway has its presence in Giridih. Though the station is not so large yet it serves the purposes of the residents of the city. The nearest large station from Giridih is Madhapur Juction. The Madhapur station is only 37 Km from the Giridih station. There is another major station, Parasnath, at the distance of 48 Km on the busy Delhi-Howrah Network. Apart from the major stations of Madhapur Junctions and Parasnath, Dhanbad Junction and Bokaro Railway Station is also under reach and within 1 hour distance from the city. Giridih has direct train services to the nearest Metropolitan City Kolkata, and Patna. 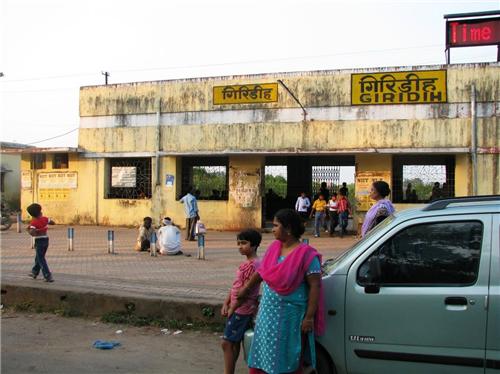 The Railway Authorities have taken serious attempts to extend the importance of the Giridih Railway Station in recent times. An extended route to Koderma has been laid out and work on the line is in progress. Keeping the growing tourism importance of the city in mind, proposals of joining the Giridih and Parasnath Railway Stations have also been discussed. Even though, the station has direct trains to Kolkata and Patna, but more trains to other important cities are likely in coming times.

Giridih has a significant position in terms of Road network. The city lies near the junction of two major National Highways of the country, NH-2 and NH-100. The city is well connected to The Grand Trunk Road (NH-2) and enjoys good transportation. The improvement of the road network is an impact of the growing tourism and minerals of the region. Giridih being the headquarters of the district has all mode of communication through roads like bus, car, auto and others. 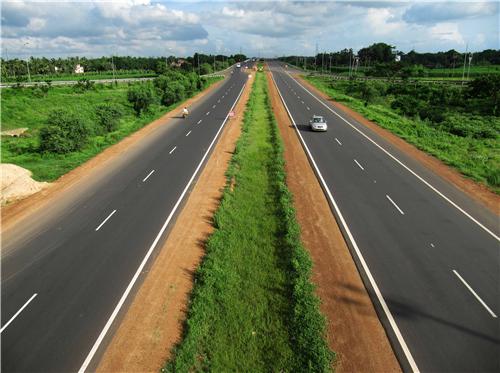 The Giridih bus stand is well maintained and developed. Both private and government buses can be boarded from the Giridih bus stand. Here you can find buses of both Jharkhand State Road Development Corporation and also of Bihar State Road Development Corporation. The bus terminus is well maintained and has been categorized by the destinations. The whole bus stand is divided into chunks of platforms in order to make the transportation system hassle free. One can get buses to Dhanbad, Bokaro, Hazaribagh, Deoghar, Asansol, Durgapur, Kolkata, Howrah, Patna, Ranchi and many other other regions of Jharkhand and Bihar.


Local Mediums of Transportation in Giridih

Being an emerging city of an emerging state, Giridih has all facilities related to travel and transport. There are many options to hire private Cars or Taxi in the city. There would be plenty of hired taxis and cars just outside the railway station and bus terminus of the city. Apart from the Taxis, one can travel by the shared autos in order to commute within the city.

Giridih is the headquarters of the district and well connected to the rest of the country. One can fly down to nearest airport of Ranchi, 119 Km and Gaya, 190 Km and then travel to the city by road. There is direct connectivity between Giridih and Kolkata and Patna by Indian Railway Network. Nearest cities like Dhanbad and Bokaro are also easily accessible from the city. Road Network is very strong in the city and is well connected to many parts of Jharkhand, Bihar and West Bengal, including Kolkata, Patna and Ranchi.