Giridih is a popular mining city in the Jharkhand State. The city has propelled quality tourism in the recent past for its scenic beauty and religious importance as well. Despite of being a tribe area in the past, Giridih has become a place of all religions making it one of the ideal place for Indian democracy. Even though the majority of the people in Giridih are Hindu, but other religions have significance presence in the city. Islam is one of the key religions in the city and many Muslims can be found out. The evidence and the existence of Islam in the city can be estimated with the Mosques or Masjids in the city. Giridih homes many famous mosques which are not only religiously important but also example of architectural excellence and carrier of heritage. 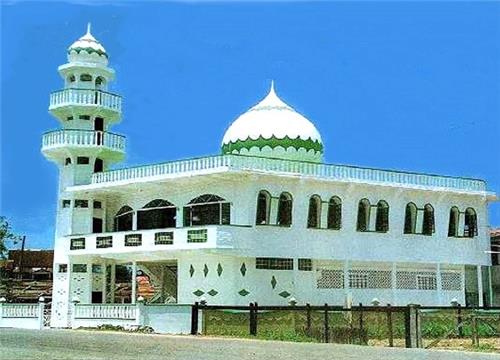 This is one of the oldest and finest Mosques in the city. The generosity of this place is that it does not limit itself to just being a religious or sacred place. The contribution towards the social and noble work of this mosque is notable from long past. Jama Masjid, Bhandaridih has actively participated and contributed towards medical facility and the education of the people. The mosque has remained the center of religious attraction and thousands of people visit the old place to offer their prayer to the almighty. This is also the major Islamic Cultural Center of the Giridih City. The citizen of the city who follow the Islam religion generally come here for the common festival and other cultural purposes. The ancient place has many stories associated with it. It is said that the wishes prayed in this Mosques become true if wished truthfully.

Gosulwara Line Masjid is another famous mosque that is situated in the heart of the city. The presence of the mosque in the urban area has helped it for the immense popularity. The mosque sees regular visit of the devotees who offer their Namaz in the mosque. Gosulwara Line Masjid is one of the crucial mosques where Eid is celebrated in grand style. The Eid Celebration of the Mosque becomes the center of attraction of the city. People from nearby cities and villages also come to take part in the grand celebration. It is said in Giridih that the Gosulwara Line Masjid is the most popular Mosque in the city. The prime location of the mosque has also helped it to gain the popularity. However, the prosperous work to towards the social development by this mosque cannot be simply ignored. This is also a major Islamic Cultural Center for Giridih City.

Darzi Mohalla Masjid is another popular mosque in the city which witness many devotees throughout the year. The prime location mosque is built with fine architecture and more over the old and heritage work of the mosque is appreciable. The mosque has been one of the key religious places for Islamic culture and celebrations. The significance of this mosque is beyond the concept of simply a mosque.

Mosque Of Bati is situated nearby the Giridih city in a village near Jamua. Despite of being present in rural area, the popularity and the religious significance of the place has no less importance. The Mosque is considered as the major Islamic center for culture and tradition in the nearby area. The ancient presence of the mosque in the area and active participation in the social aspects have helped Mosque of bati to emerge as one of the major religious place in the city of Giridih and nearby.

This is again another religious and social place in Giridih. The Mosque is situated on the main part of the city. It has remained the focal point of the Islamic culture and tradition in the Giridih City. The mosque often set example for Islamic tradition is one of the popular destinations in Giridih. According to local people, this mosque has divine power of ‘Allah’ and the wishes prayed in the mosque often come true.

This is one of the under construction Mosques in Giridih. The mosque is supposed to get completed by one more year. This Mosque is going to be one of the biggest mosques in the district and the entire Jharkhand State. The enticing view of the surroundings and the equally appealing architecture have already caught many eyes in the city. However, the mosque is being built in exterior part of the city in order to accommodate large area of the mosque. It is being said that the mosque would create history once built.

Giridih is famous for the sacred places of Islam. The holy mosques are not only fulfilling the religious needs of the people of Giridih but also creating a cultural and religious center in the city. The Madarsa ran by the mosques are also one o f the educational benefits for Muslim people in the area. The wide spread mosques in the city maintains the cultural equilibrium and the social prosperity.