Giridih is one of the emerging cities in the northern part of Jharkhand state. Giridih was carved out of Hazaribagh district in the year 1972 and made a new separate district with administrative headquarter at Giridih City. The city is best known for its beautiful locations comprising of high rising hills, free flowing rivers and mineral resources. With large mineral deposit it actively contributes in generation revenue for state and country. The city has become the commercial hub of the state since independence. 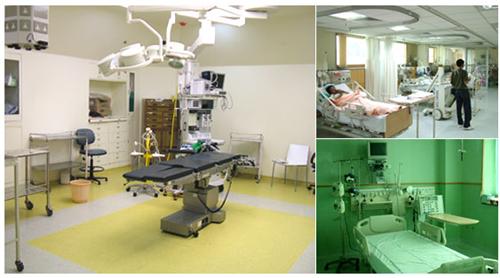 According to the last census the region has more than 1.5 million populations. Demand for better health condition, facilities and hygienic sanitation has increased with the rise in population. Giridih being an emerging city is able to meet the health needs of its citizens and has elaborate health facilities offered by both private and government health units.The state government is actively working towards achieving higher health condition and has launched several projects that aims at providing free of cost medical care.

Giridih is well equipped with the modern health care facilities to address emergency needs of the citizens. In comparison to the population of the city, Giridih has adequate number of government hospitals, nursing homes, medical clinics and private hospitals. The city has observed a steady growth in last few decades. The growth led to increase in living and health standard in the city. The administration has taken various measures to make the health facilities reachable to maximum number of people. Sadar Hospital, Navjeevan Nursing Homes, Goenka Hospital are few major hospitals in the region addressing wholesome medical and other emergency needs of the people. These hospitals have employed adequate doctors and medical staff to those suffering from various ailments.

The city is dotted with few government funded hospitals that offers medical services to the residents free of cost. The major hospital in Giridih is Goenka Hospital and Sadar Hospital. These hospitals are well equipped with latest medical technologies to cure the dreadful diseases. These hospitals witnesses influx of patients throughout the year. These government hospitals in Giridih conducts several health relief camp in various villages and offer medical treatment in remote locations. The hospitals are capable of handling pressure during emergency situations and also have the OPDs (Outdoor Patient Department).The administration takes care of the number of employees working in the hospital so that the number might not affect the medical facilities. With the increased population the administration has decided to open few more government funded hospital to provide better health care facilities in the region. In fact few projects have stated and soon they will start operation successfully. 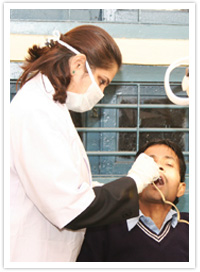 The increasing demand of better health care system has led to the development of several private hospitals in the city. All the private hospitals and nursing homes are well capable of handling the emergency situation in the region and are equipped with latest medical equipments. The Private health care institutions are operating successfully under well qualified doctors and skilled medical staff. Various private hospitals and nursing homes like Vishwanath Nursing Home are doing an exceptional job in ensuring better health care services in the city. There are numerous others serving noble cause in the city. The charges of these hospitals are nominal when compared with other metro cities of India.Many new hospitals and medical center are under construction that will soon contribute toward imparting modern heath care system in the region.

During ancient times Ayurveda was the prime technique that was used to cure ailment in the country. In recent times, the technique has gained a huge popularity in western world. The city of Giridih also has several Ayurveda centers that are provide treatment for dreadful treatment without any side effects. Baba Ramdev’s Patanjali Ayurvedic center is in the city is providing free treatment with Ayurvedic medicines. The medicines that are provided in these Ayurvedic centers are purely herbal and with least side effects. Many people in the region seek Ayurvedic treatment and get benefited within a short span of time. The city is dotted with several other Ayurvedic centers also.

Homeopathy is yet another very popular medicinal treatment inspired by German medical methodology that claims to have negligible side effects. This type of medicinal system is quite ancient in the city and used by several patients to get cured. The treatment is used to cure chronic diseases without any complications. The city is dotted with several homeopathic labs and medicine halls that offer homeopathic medicines to its patient. This old and useful way of treatment is quite popular in the city. 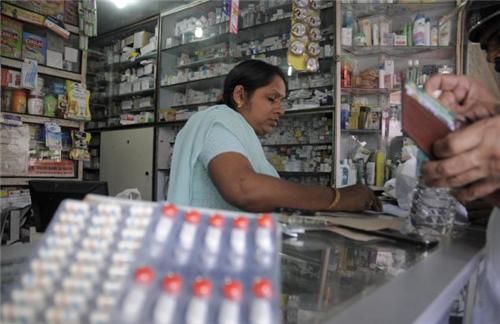 Along with hospitals and nursing homes, there are several medical halls and dispensaries are available in the region that provides medicines. With the increase in heath care facilities, the city has observed the growth of several medicinal halls in the city that offers medicines and life saving drugs 24X7. The dedicated medicine shops ensure the delivery of medicines during emergency times. There are few governmental medicinal shops in the city that offers vital medicines at lower or free cost for poor people. Few medical shops also provide facilities like blood tests, X rays, Vaccinations etc.