Nestled between high hills and beautiful rivers, Giridih is one of the most appealing cities of Jharkhand. Today it is one of the fast emerging cities of Jharkhand. In British India it served as one of the major mineral rich locations in India. The city is situated in the Chota Nagpur Plateau and divided into two major divisions of Central Plateau and Lower Plataea. The city is located at 24.18°N 86.3°E. The average elevation of the city is 289 meters or 948 ft. The city has the highest peak of the state, Parasnath Hills. Giridih is located at around 4477 ft above the sea level. According to the census in 2011 Giridih had a population of 143,529 which shows the rapid increase in the urban growth of the city. 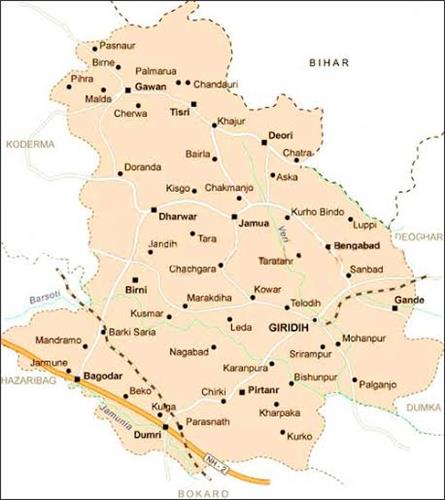 The normal climate of Giridih is dry. The summer brings very hot temperature like rest of the Jharkhand State. The summer season starts in the month of April however May-June are considered hottest months in the region with temperature soaring almost up-to 42° C. The highest temperature in the city was recorded 47° C. The temperature in the hills however, reduces due to the height factor. The humidity level of the area increases during the rainy season. The month of June brings Pre Monsoon rains in the city. However, from July to August the amount of monsoon rains increases and the rain even continues till the month of September. The winter season is very pleasant and the temperature remains on the moderate line. The time between October to March is best time to visit the city.

The area is situated on the Chota Nagpur Plateau and is diverse in nature. It is bounded by Jamui district and part of Nawada District of Bihar in the North, by Dhanbad & Bokaro on the South, by the district of Deoghar and Jamtara on the east, and by Hazaribagh & Koderma on the West. Giridih city is situated on the banks of Ushri River. This is one of the main tributary of the Barakar River. 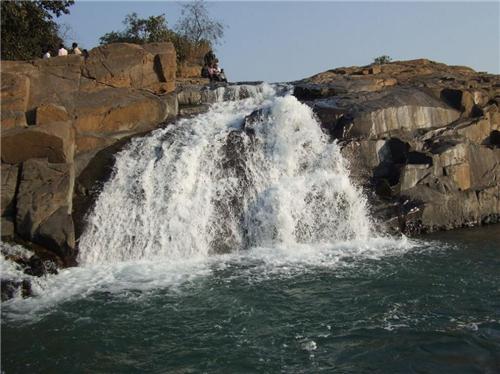 Ushri starts from Parasnath Hills and flows down to meet Barakar. The Ushri Falls on Giridih which the river creates is a major tourist hub of the city. Apart from Ushri, Barakar and Sakri Rivers also flow close to the city and in Giridih district. Ushri River acts as the major water resource for the industries and the common people.

Giridih is rich in mineral resources. Mica is one of the major mineral that is found in the area and that too in abundance. Giridih is covered with dense forest and natural plants in all over the city. The forest has various kinds of tropical trees and plants. Sal Tree is very famous, and available in abundance in the locality. The hills and tropical region of the area has many other predominant trees like Bamboo, Semal, Mahua, Palash, Kusum, Kend, Asian pear and Bhelwa are few among others.

The last census of Giridih took place at 2011. According to latest data, Giridih has population of 143,529 with 53% of men and 47% of women. This is the 8th largest city of Jharkhand State. The literacy rate of the city is quite impressive and has better than nation average of 59.5%. The average literacy rate of Giridih is 69% including 74% male literacy and 63% female literacy.

Giridih at a glance